Brazzaville, 7 May 2020 – Eighty-three thousand to 190 000 people in Africa could die of COVID-19 and 29 million to 44 million could get infected in the first year of the pandemic if containment measures fail, a new study by the World Health Organization (WHO) Regional Office for Africa finds.

The research, which is based on prediction modelling, looks at 47 countries in the WHO African Region with a total population of one billion.

The new estimates are based on modifying the risk of transmission and disease severity by variables specific to each country in order to adjust for the unique nature of the region. The model predicts the observed slower rate of transmission, lower age of people with severe disease and lower mortality rates compared to what is seen in the most affected countries in the rest of the world. This is largely driven by social and environmental factors slowing the transmission, and a younger population that has benefitted from the control of communicable diseases such as HIV and tuberculosis to reduce possible vulnerabilities.

The lower rate of transmission, however, suggests a more prolonged outbreak over a few years, according to the study which also revealed that smaller African countries alongside Algeria, South Africa and Cameroon were at a high risk if containment measures are not prioritized.

“While COVID-19 likely won’t spread as exponentially in Africa as it has elsewhere in the world, it likely will smoulder in transmission hotspots,” said Dr Matshidiso Moeti, the WHO Regional Director for Africa.

“COVID-19 could become a fixture in our lives for the next several years unless a proactive approach is taken by many governments in the region. We need to test, trace, isolate and treat.” 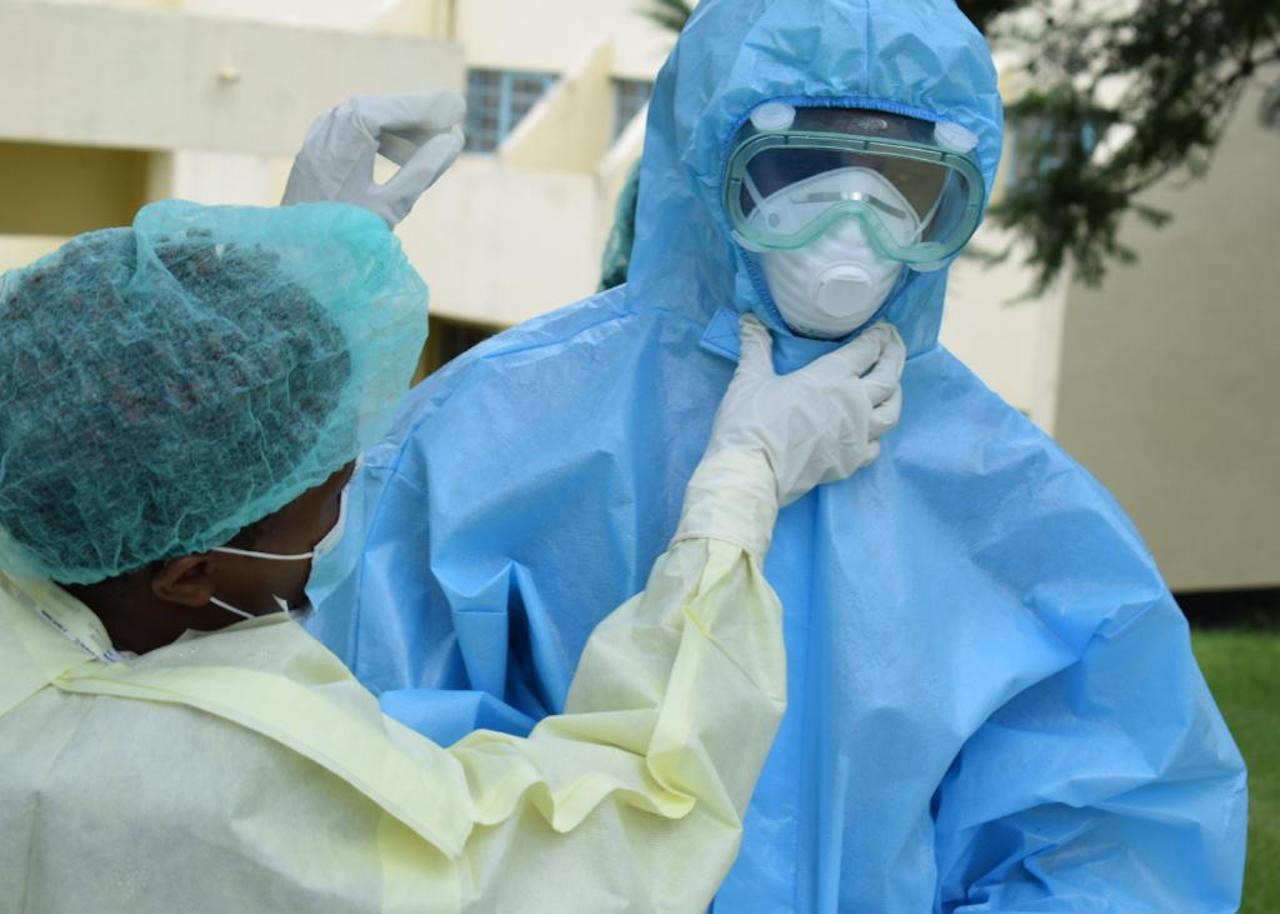 New WHO estimates: Up to 190 000 people could die of COVID-19 in Africa if not controlled

Such a huge number of patients in hospitals would severely strain the health capacities of countries.

A survey of health services in the African region undertaken in March 2020 based on self-reports by 47 countries to WHO revealed that there were on average nine intensive care unit beds per one million people. These would be woefully inadequate. Additionally, the physical access to these services to the general population is very low, suggesting many people would not even have the chance to get to the needed care. Diseases that could be managed could easily become more complicated as a result.

The study recommends that countries across Africa need to expand the capacity particularly of primary hospitals and ensure that basic emergency care is included in primary health systems.

“The importance of promoting effective containment measures is ever more crucial, as sustained and widespread transmission of the virus could severely overwhelm our health systems,” said Dr Moeti. “Curbing a largescale outbreak is far costlier than the ongoing preventive measures governments are undertaking to contain the spread of the virus.”

Containment measures, specifically physical distancing and hygiene improvement, aim to slow down the transmission of the virus so its effects happen at a rate manageable by the health system.

All countries in the WHO African Region are using these results through the WHO country offices to inform their containment actions. The detailed methods and results are currently in press at the British Medical Journal-Global Health after extensive peer review and validation.

Dr Moeti announced these new projections during the WHO Africa Media Leader virtual press conference today which was held with the support of the World Economic Forum. The other speakers were Dr Amit Thakker, Executive Chairman of Africa Health Business and President of the Africa Healthcare Federation and Stephen Karingi, Director of Regional Trade and Integration, Economic Commission for Africa.