The BBC commentary on Modi

The central government has blocked youtube and video tweets showing the BBC commentary on the Gujarat riots.

Is this restriction valid?

In this connection the judgment of the celebrated Justice Louis Brandeis of the US Supreme Court in Whitney vs California ( 1927 ) is noteworthy :

”Fear of serious injury cannot alone justify suppression of free speech and assembly. Men feared witches and burnt women. It is the function of speech to free men from the bondage of irrational fears. To justify suppression of free speech there must be reasonable ground to fear that serious evil will result if free speech is practiced. There must be reasonable ground to believe that the danger apprehended is imminent. There must be reasonable ground to believe that the evil to be prevented is a serious one. Every denunciation of existing law tends in some measure to increase the probability that there will be violation of it. But even advocacy of violation, however reprehensible morally, is not a justification for denying free speech where the advocacy falls short of incitement and there is nothing to indicate that the advocacy would be immediately acted on. The wide difference between advocacy and incitement, between preparation and attempt, between assembling and conspiracy, must be borne in mind. In order to support a finding of clear and present danger it must be shown either that immediate serious violence was to be expected or was advocated, or that the past conduct furnished reason to believe that such advocacy was then contemplated ”.

He went further to say :

”Those who won our independence by revolution were not cowards. They did not fear political change. They did not exalt order at the cost of liberty. To courageous, selfreliant men, with confidence in the power of free and fearless reasoning applied through the processes of popular government, no danger flowing from speech can be deemed clear and present, unless the incidence of the evil apprehended is so imminent that it may befall before there is opportunity for full discussion. If there be time to expose through discussion the falsehood and fallacies, to avert the evil by the processes of education, the remedy to be applied is more speech, not enforced silence ”.

This judgment should be considered by our courts if there is challenge to the restriction. 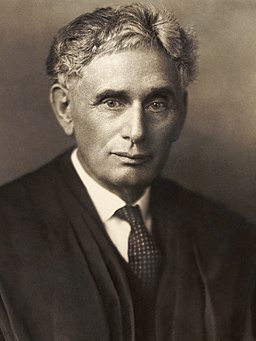 Markandey Katju is an Indian jurist and former Supreme Court judge of India who served as chairman of the Press Council of India. He is the founder and patron of the Indian Reunification Association (IRA), an organisation that advocates for the peaceful reunification of what is now Pakistan and Bangladesh with India under a secular government.

Be the first to comment on "Justice Katju asked whether the restriction on BBC commentary on the Gujarat riots is valid."