The moment we saw on Facebook on 25 January, 2020 the happy photograph of two elederly women together at the iconic site of women protest against the new Citizenship law, Shaheen Bagh, in south Delhi on the banks  of the river Yamuna, we knew that this picture was worth a thousand words.

One of them we could identify was Devaki Jain, a known Gandhian and feminist economist, the other was the unknown Bilkis’ Dadi of Shaheen Bagh. Their jelling told a lot. A big human interest story compassion and patriotism was waiting to be unearthed.

Devaki Jain was recently in the news when with 170 other women’s activists, she wrote to the Prime Minister complaining about BJP leaders using fear of rape as a campaign message for the Delhi election.

By interacting with Devaki Jain, presently at Bengaluru, over the internet, we were able to able to obtain her version of the Shaheen Bagh meeting with Bilkis, three photographs of the meeting and Devaki Jain’s semi-autobiographical lecture at Harvard. It is in this lecture, published in The Scroll as “Neither Gandhi nor Marx” that Devaki Jain held out “the greatest hope for justice in India lies in the Dalit and Feminist movements.”

Born in Mysore, now in Karnataka, 87 years ago to the distinguished Dewan of Gwalior, Devaki Jain studied at Oxford University, taught at Miranda House, Delhi, worked with Vinobha Bhave, was married to the Late L.C. Jain who was responsible for starting the cooperative movement in India, Devaki Jain is scholar, avid writer, activist and teacher at prominent Universities the world over. In short Devaki Jain represents the elite at one end of the social spectrum. At the other and of the spectrum, was till recently unknown Bilkis Dadi, whom we the advocates interviewed on 31st January 2020 to know the truth about Shaheen Bagh. We could not meet the other Dadis who were with Bilkis the day Devaki Jain had met them on 25th January 2020 : namely Nisha Asma Khatoon, aged 90 years and Sarvari, aged 75 years.

From our interview we learnt that Bilkis Dadi aged about 82 years, belongs to the downtrodden section of society, hailing from an artisan Ansari family of Karena village near Gulaiti, Bulandshahar, UP.

Her five sons have been residing in this locality for the last 30 years and she has joined them only eight years back. She was sitting on protest against CAA, the new Citizen law, and NCR for the last about 50 days from the evening of 15th December, 2019 only because she felt threatened by the incidents of that morning at Jamia Milia Islamia where her two grandsons are studying. She felt that their survival as citizens of India was at stake. It was a question of life and death for her. On that 15th morning Police entered into the Jamia library without permission and beat up the students, one of them even lost an eye that compelled her to join the few protesters who were already sitting at an unknown ground on the banks of the Yamuna which later acquired name and fame as Shaheen Bagh. The platform or stage was set-up on 16th December with the 60-70 people present voluntarily contributing the various elements like bamboos, rassi, duree/mattresses etc.

They stop the traffic and blocked the road to NOIDA right from the beginning, only allowing school buses, ambulances and police vans to ply whenever required.

Other transport was not allowed because of the concern for safety and security ever since the police entered Jamia Library on 15th December.She narrated how she has been sitting at the protest suffering three heavy showers of rain and very cold winter nights. About 2,000-3,000 persons come and go to the protest site through the day. There have been at least 20-25 women present all through the day and night except some times when  she and others had to go home for the night. The number of man present at night have been uncountable but in the morning at least 500 men were present.

She narrated how people spontaneously kept coming to the protest, sometimes the crowd swelled to thousands an even a lakh or more. When Bhim (army) leader Chandra Shekhar Azad addressed the gathering on New Year’s eve, there was an estimated crowed of two lakh fifty thousand. When actor Sushant Singh Thakur came on 19th January,there was a very heavy crowd to listen to him. Republic Day was celebrated on 26th January, 2020 by about one lakh to one lakh twenty five thousand persons, with much pomp. Almost everyone was  holding the National tri-colour, many holding the book of Indian Constitution and everyone singing the National Anthem as also the new anthems of the anti- CAA movement across India: “Azaadi” (Azad desh mein Azadi- The song of freedom in a free country) by activist Kanhaiya Kumar and “Tanashah ayenge jayenge, Kagaz hum nahi dikhayenge” (Dictators will come and go but the papers we won’t show)by poet Varun Grover.

Money donations at the Shaheen Bagh protest are barred and people have voluntarily contributed the required items like food, refreshment, electrical gadgets like mic, LED lights, loud speaker, National flags and banners etc. A Sikh langar was running for 10-12 days throughout the day, till Police removed it cleverly when most of the protesters were busy in performing Namaaz and some had gone for a rally at Shaheen Bagh, police station.

On 17th January Bilkis Dadi joined a delegation of seven members from the Shaheen Bagh protestors, to meet the LG of Delhi, Mr. Baijal and requested that on our behalf, he should send a message to the Prime Minister to repeal the CAA and withdraw the proposed NRC. We are still awaiting a reply. We will stop our protest the movement the CAA is repealed and the proposed NRC is withdrawn.

Bilkis told the LG that “Modi Sa’ab is like my son. His mother is my sister. My fight is not with Modi Sa’ab. We are fighting for our survival as citizens of our beloved country India.”

There have been several attempts to vacate the protesters from Shaheen Bagh either by persuasion or by force or by provoking violence as the recent incidents have shown, but the protesters have stood their ground. Bilkis showed her determination to uphold “Bhim (Ambedkar) ka Constitution” and that she and her friends would not budge unless the CAA was withdrawn and the NRC was cancelled. It was a great pleasure to see the library which has been set up with historical photographs of the freedom movement and collection of books including many copies of the Constitution of India. We took photographs of Bilkis Dadi and the library which we are sharing with this write-up.

In this background of what is the truth of Shaheen Bagh, we will be able to appreciate what Devaki Jain had to say on her meeting with Bilkis Dadi when she had visited Shaheen Bagh on 25th January, 2020. Aurobindo Ghose is an Human Rights activist and lawyer

Bilkis Dadi was sitting with her other Dadi friends on the platform, when she spotted Devaki. Bilkis and her friends, welcomed Devaki and asked her to come and sit with them. Devaki said she was unable to join them on the platform because of her back problem. Bilkis explained that they had been compelled to sit on this indefinite protest to save the future of the next generations.

“If we don’t do this, they won’t forgive us,” she said. Devaki told them that the whole country was enthused by their protest and they had set a great example. Before leaving, Devaki said “We will win!”

In this background, it is not difficult to understand the significance of the chance meeting of Devaki Jain and Bilkis Dadi on 25th January 2020 at Shaheen Bagh. While Devaki Jain represents the social elite, Bilkis Dadi is from the downtrodden section. Both are feisty, courageous, amazing women in their eighties at two ends of the social spectrum. Both are a patriotic committed to their love for an India that they have known where diverse people have come from different parts of the world to live and die here.

What Devaki Jain had mentioned in her lecture at Harvard University, published in The Scroll comes to mind: “the greatest hope for justice in India lies in the Dalit and Feminist movements.”

If Devaki Jain and Bilkis Dadi and their like,   were to combine their commitment to the resurrection of a secular, democratic India, it could perhaps save India from the disaster that the new Citizenship Law forebodes: from one Partition to several divisions in the future.

By: Aurobindo Ghose and Gurjeet Kaur 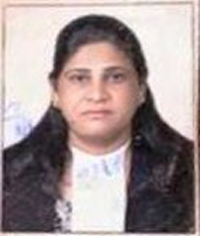 Gurjeet Kaur is a lawyer, has been active in the women’s rights movement, and has researched on issues of law and gender.

Aurobindo Ghose is an Human Rights activist and lawyer.

Gurjeet Kaur is a lawyer, has been active in the women’s rights movement, and has researched on issues of law and gender.